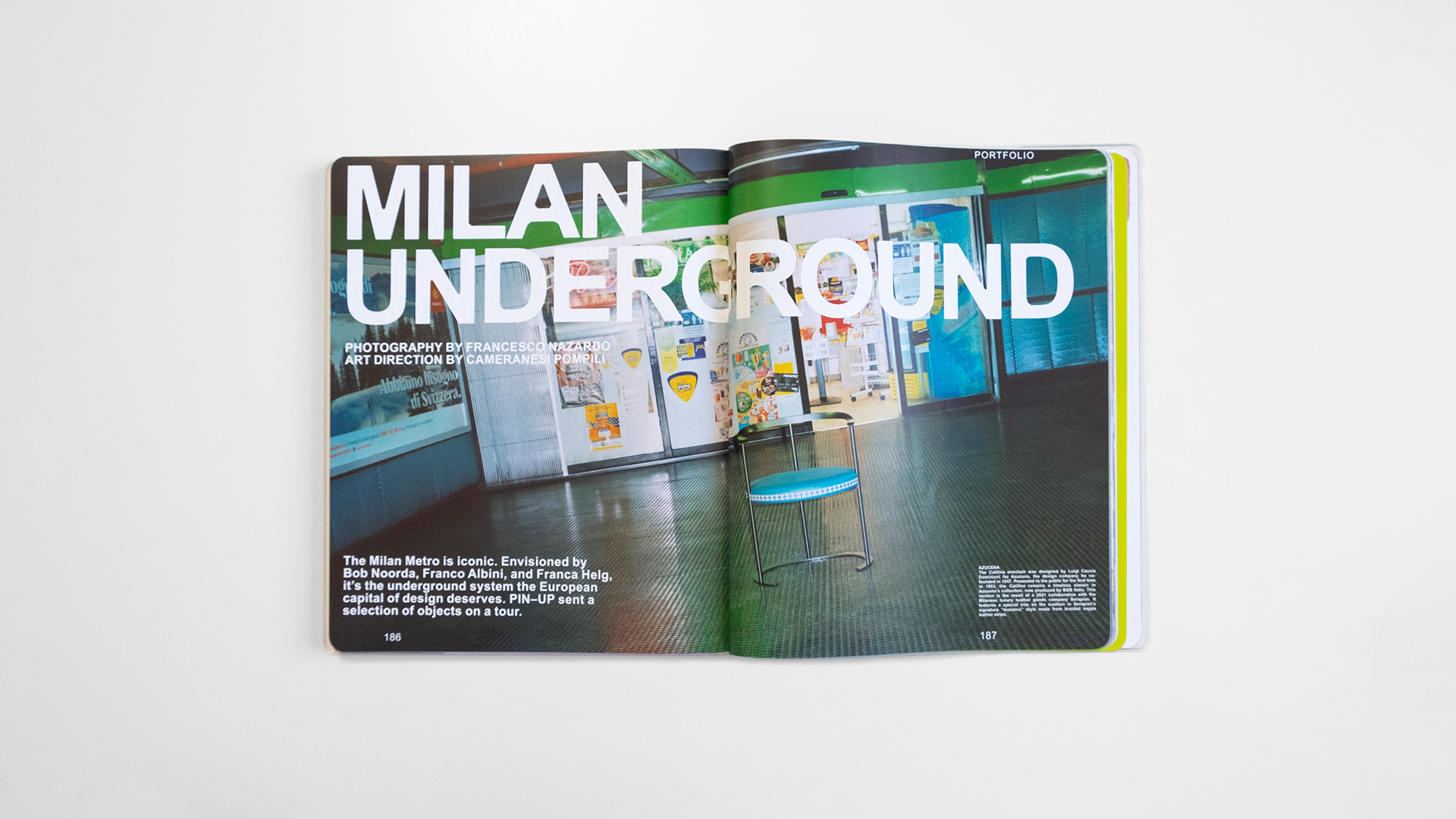 The much vaunted and creatively celebrated 30th issue of the American magazine PIN-UP traces 15 years of professional challenges and rewards. From its very first issue onwards, it turned the approach and boundaries of mainstream architecture on their heads, employing “entertainment as a queering agent.” PIN-UP makes touchdown, confirming its over-the-top status, provocatively conjuring up emotions and memories amongst its readers, pledging eternal love to its city, New York, and – surprise, surprise - paying extravagant homage to Milan, to the Master Gio Ponti and to the city’s bourgeois lifestyle.

It’s not the first time that, leafing through an edition of PIN-UP, one is overcome by the weath and power of the content. Felix Burrichter immediately sets the record straight with his engaging Death to Architecture, long live Architecture memes. The magazine opens with the “new” New York designers, reflects on the influence of social media on the way we furnish our homes in Basic Instincts and celebrates its 30 covers by having them reinterpreted by famous artists, designers and photographers, each bestowing their own personal touch. It praises New York, but chooses Milan to end this issue, which  traces the first 15 years of the magazine. One of the iconic aspects of the Milanese underground is undoubtedly  its signage and its display system, an exercise in visual communication conceived by  Bob Noorda, Franco Albini and Franca Helg, which becomes the perfect underground set for the occasion, the background for showcasing the great furnishing classics selected by the magazine, from the evergreens such as Luigi Caccia Dominioni’s armchair for Azucena (now produced by B&B Italia), to the more recent Nara coffee table by Jean-Marie Massaud for Poliform and the cc-tapis Like a Prayer rug by the Iranian artist  Taher Asad-Bakhtiari, alongside historic Milanese projects such as Gio Ponti’s D.235.1 chair for Molteni. An in-depth study has also been devoted to the great Master of Design, following on from the latest monograph from Taschen, written by the designer Karl Kolbitz, the author of Entryways of Milan, 2017, and produced in collaboration with Salvatore Licitra, grandson of Gio Ponti and one of the speakers at the Open Talks at “supersalone.” The author talks to PIN-UP about some of the favourite work of the most influential designer in Italian architectural history. Speaking of influential designers, the Formafantasma duo (also talking part in the Open Talks) are interviewed by Hans Ulrich Obrist, Artistic Director of London’s Serpentine Galleries, chiming with the opening of the Milan studio, and discuss their approach to design, a social agent of change. The section on Milan ends with a piece on the architect Cini Boeri. PIN-UP has published the first English translation of her book Le Dimensioni Umane dell’Architettura/The Human Dimensions of the House, one of the most powerful  anti-manifestos for domestic architecture: how to turn design standards into more malleable ideas, capable of personalising the spaces of our homes.

Check out the magazine online