Get in touch directly with Warli

‘La lune sous le chapeau’ represents the essence and synthesis of contemporary light. The first model was developed by Man Ray together with Dino Gavina in 1974. Warli has decided to give new life to the lamp with new finishes and colours, while keeping the original spirit and design intact.

'Light can do everything. Shadows work for me.
I make shadows. I make the light'
Man Ray 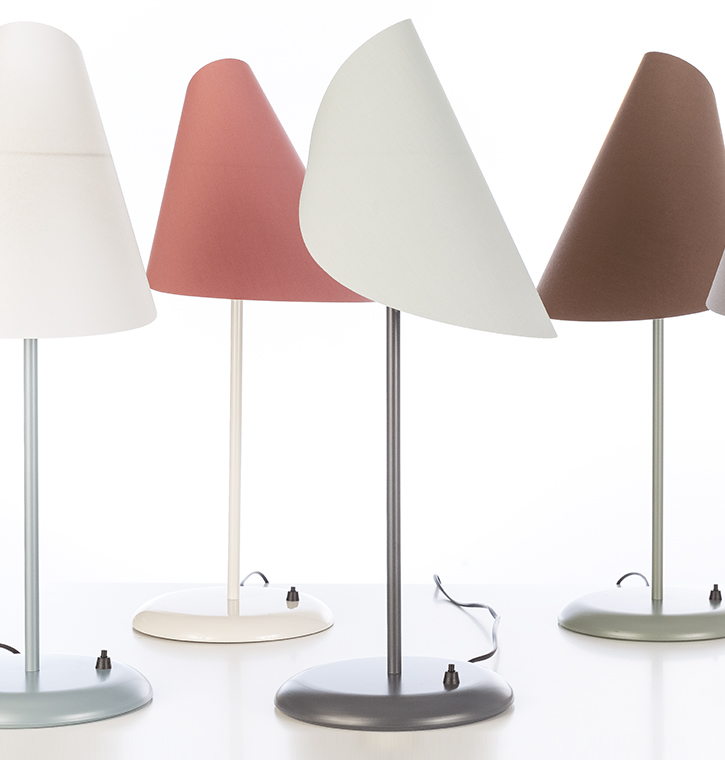 In June 1974 in Paris, the lampshade was designed by Man Ray directly on a sheet of flat cardboard and, together with other sketches of the base, a few days later it became the lamp called ‘La lune sous le chapeau’.
The light is an ‘objet trouvé’ as it re-evaluates basic materials, low technology, formal simplicity. An apparently anonymous, anti-design lamp, provocative with a strong poetic content: the simplest lampshade supported by the most elementary of bases.
This model faithfully reproduces, even in the spirit, the original design.

Mantra outdoor is an experimental product, born from the collaboration with an Italian yarn manufacturer.

Nomad is the expression of colors in its most natural and unexpected version. A single surface with edges and fringes in asymmetrical colors.

Take Twilight wherever you go.
An autonomous and wireless LED lantern (IP67), in stainless steel and opal blown glass finely engraved by hand.

The Latin expression Finis terrae, tells of the "boundary of the earth". A series of concentric elements, expression of the limit of the physical world.

Outdoor rug, made from the continuous repetition of a serpentine element, sewn and assembled by hand. The terminals simulate traditional fringes.