Ombra, an immersive experiment with shadow, where objects and the imagination float or even fly. A collection which adds a new dimension to an interior space, giving a threedimensional sensation to a two-dimensional object, merging these opposing worlds in a rug.

A design which engages with the objects placed on it, an interaction that gives a feeling of lightness, projecting out of two-dimensionality to land in a three-dimensional space.

The Ombra collection is available in two designs: one monochromatic and the other graphic and multi-colored. 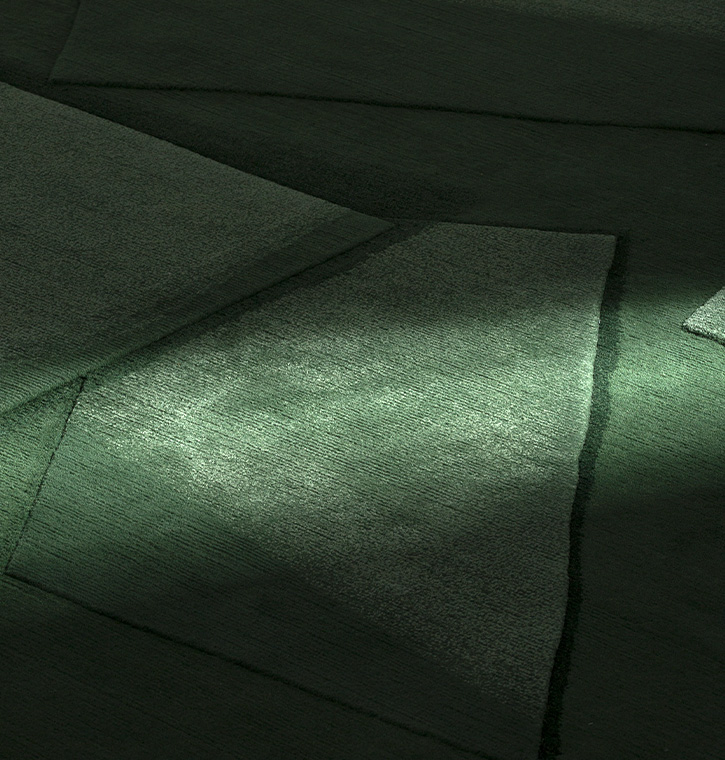 By cutting, sticking and photographing, Muller Van Severen delicately layered tone and shadow, adding not only multiple dimensions to their design but also to traditional craftsmanship, being carefully translated into a hand-knotted rug with Himalayan wool and pure silk by Tibetan artisans.
A design which engages with the objects placed on it, an interaction that gives a feeling of lightness, projecting out of two-dimensionality to land in a three-dimensional space.

“Designed in Los Angeles, produced in Nepal, debuted in New York” is Le Tapis Nomade, a rug born from the collaboration between Atelier de Troupe and cc-tapis, showed in the occasion of the New Yor

Asad-Bakhtiari has always been fascinated by arrows and their power.

A collection that explores the visual displacement of volume, rugs that shift, push and pull their boundaries, breaking traditional shapes and spaces, responding to the objects around them.