Get in touch directly with MisuraEmme 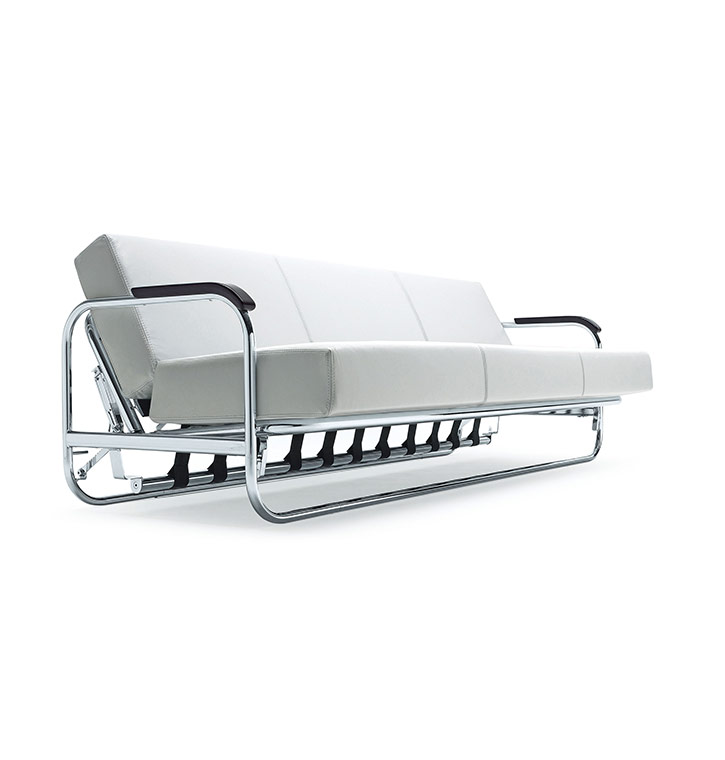 Historical product of 1932.
Alvar Aalto’s sofa bed is a mostly unknown part in the biography of the finnish master. Towards the end of the 1920’ies Aalto adhered to the germanic influenced Functionalist Movement and in 1929 took part in the CIAM congress about the “Exhistenzminimum” at Francfort where he got in contact witch Gropius, Moholy-Nagy and Giedion. It was also Siegfried Giedion who called on him for a collection he realized for Wohnbedarf and then put in production a chair as well as the adjustable sofabed which, in fact, reflects perfectly the principles of economy, simplicity of use and “lightness” in the figurative sense recommanded at Francfort. The sofa, slightly modified on Giedion’s advice, was presented at Stocarda in 1932 and on the occasion of the Universal Exposition at Bruxelles in 1935.

Sofa with ompact but comfortable and essential refined lines

Series of low tables with various modification of the tipology, dimensions and  finishings

Collection consisting of armchair and pouf

Sofa freestanding parts can be mixed and matched to suit each owner’s taste, ensuring no two solutions are ever the same

London Door with squares in relief and outlined by topstitching

Table with semi-oval top in glass or marble, characterized by tapered wooden legs